In a piping system containing Expansion Joints that absorb axial motion, it is important to properly anchor and guide the pipes to insure the Expansion Joints absorb the motion for which they were designed.

Inadequate anchoring and/or improper guiding can cause stresses that reduce the life span of an Expansion Joint.  When an Expansion Joint is pressurized, internal thrust forces are created which react on the system and anchors.  This force is due to internal pressure acting on the effective area of the bellows element in the expansion joint.

Examples of main anchors and intermediate anchors are shown in the above diagram.  It should be noted that pipe guides are intended to guide the pipes in a system and not support the weight of the pipes and media conveyed through them. 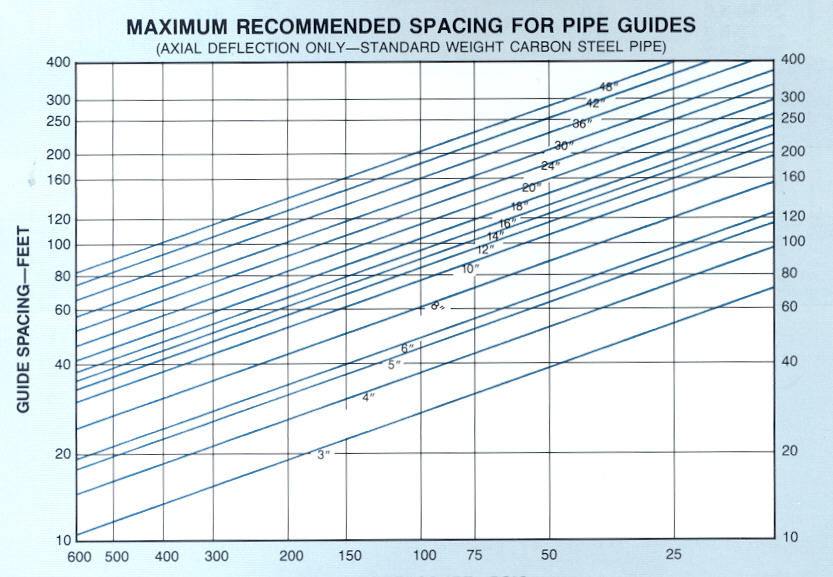